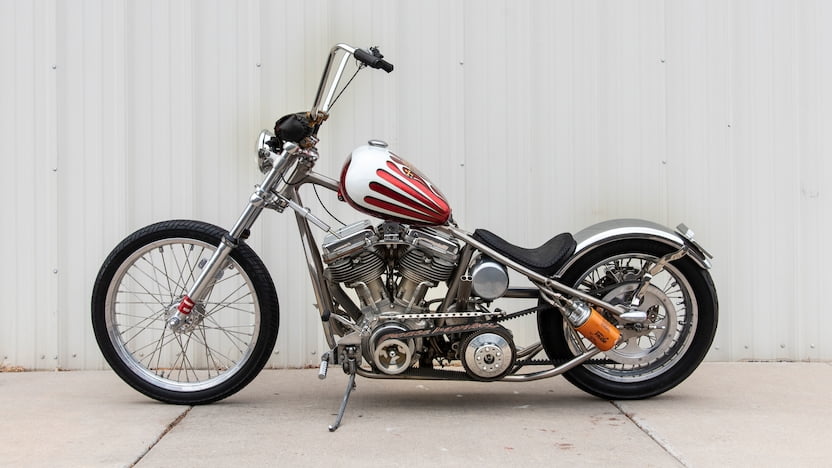 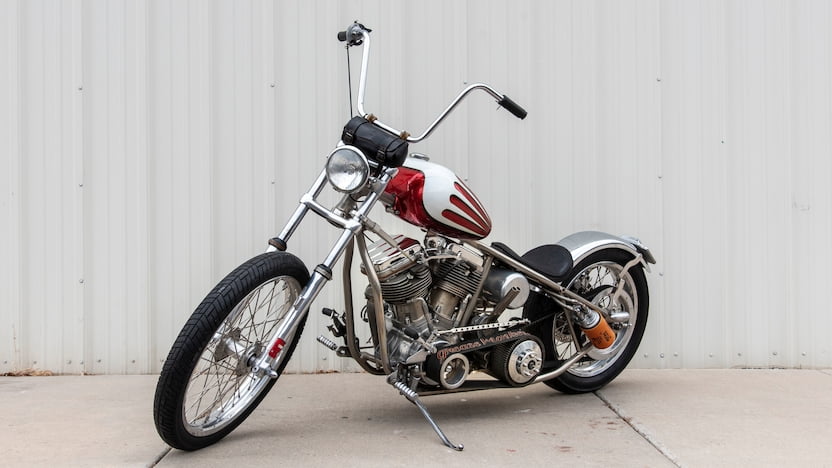 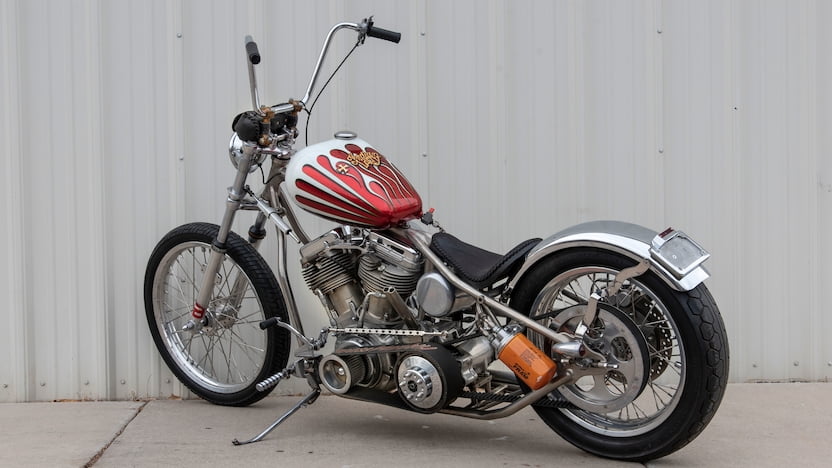 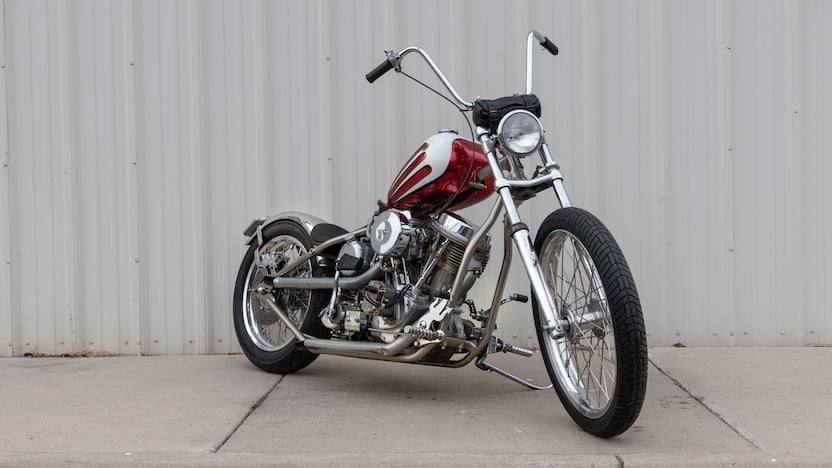 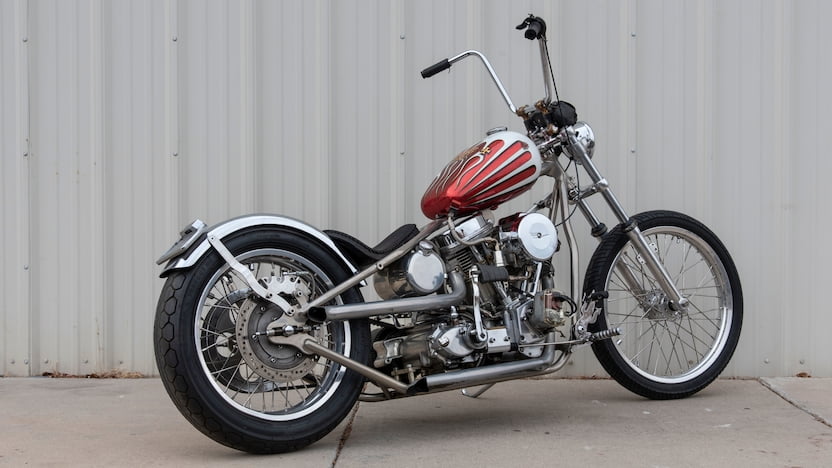 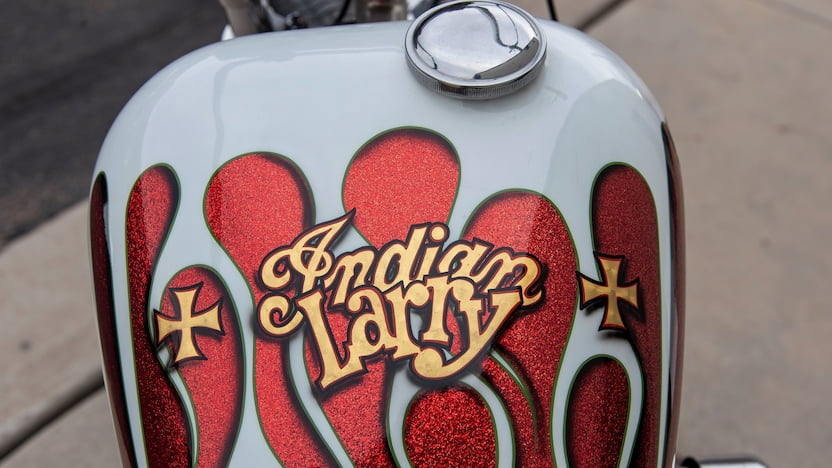 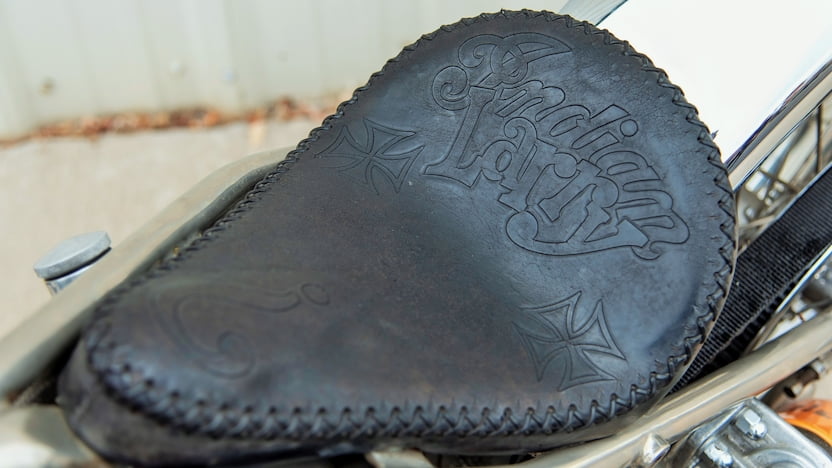 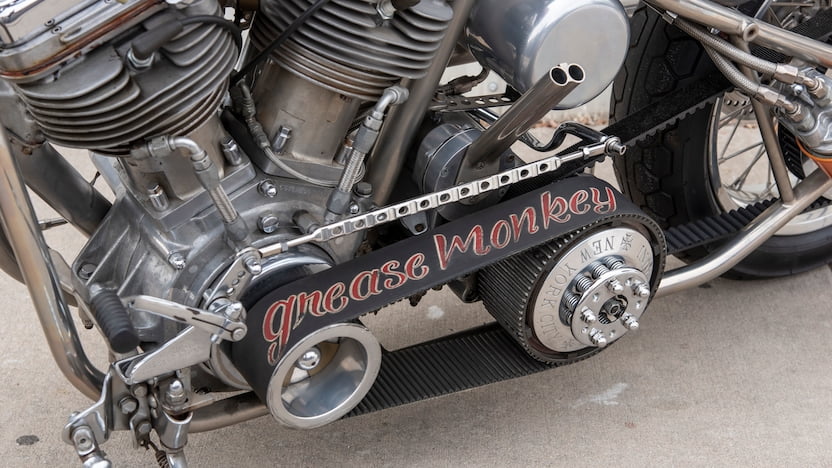 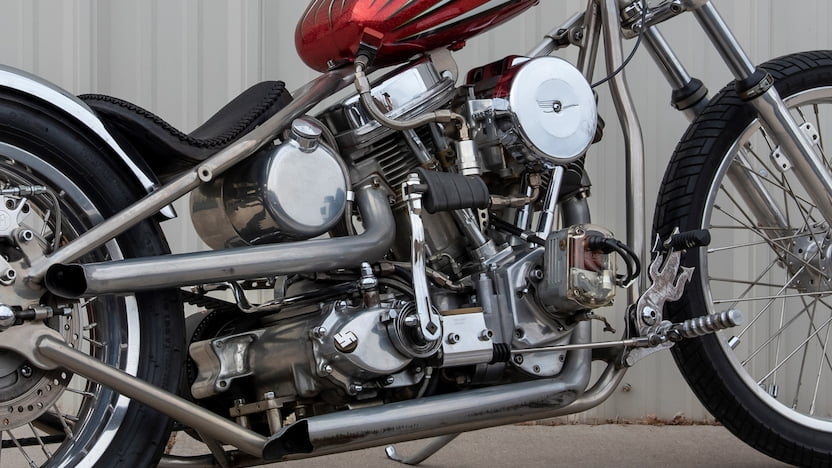 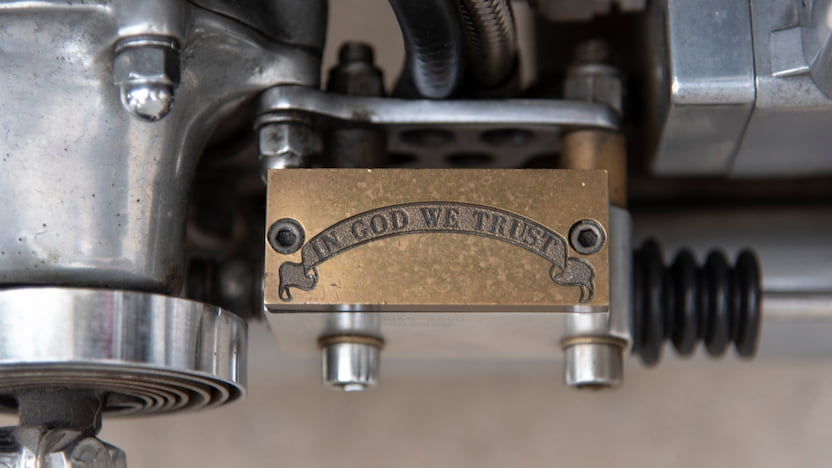 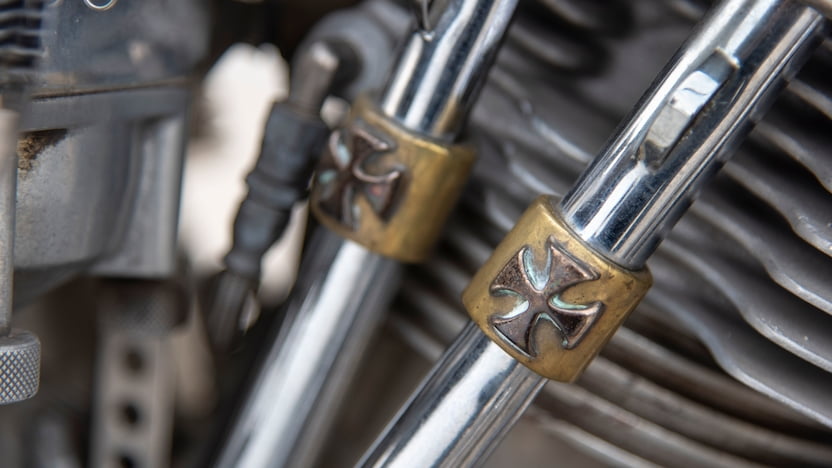 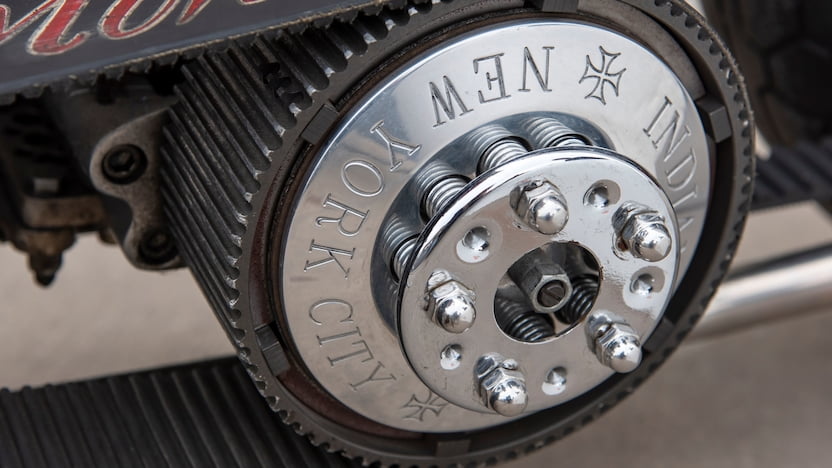 From the Indian Larry Estate

Grease Monkey was Indian Larry’s first custom chopper to gain worldwide fame, and he built it for himself, long before the television crews arrived and made him a household name. Grease Monkey remained Indian Larry’s personal ride for the rest of his life, and it’s now being offered for sale for the first time ever. Larry built Grease Monkey in 1998 when he was one of a handful of New York City-based customizers and worked in a shop along with Paul Cox called Psycho Cycles. Around the time Grease Monkey was built, Psycho Cycles disbanded, and Larry worked in a small shop back in Manhattan right across from his old boss Hugh Mackie at 6th Street Specials, which is still in business. Grease Monkey was featured on the cover of “Easyriders” magazine in September that year, and its unique style became an inspiration for a totally different kind of chopper than what was on the custom motorcycle scene. Grease Monkey recalled traditional customized motorcycles of the 1950s: stripped-down and very light, high-performance motorcycles built for performance, not show, and intended to be ridden. Larry built his machines to work in all weathers and conditions, and that’s how he rode Grease Monkey, his personal ride. Indian Larry was famously filmed riding Grease Monkey on the TV show “Motorcycle Mania II” with Jesse James. It’s constructed using a modified Paughco frame that has been entirely nickel-plated and paired with Italian Ceriani front forks for excellent steering. The hand-tooled seat was made by Larry’s friend and garage partner, the legendary Paul Cox. The paint job is a magnificent red metalflake with pearl white flames, with the Indian Larry name and logo in gold leaf on the tank and Grease Monkey painted on the primary drive. The materials used all reflect 1960s-era custom builds, and the net result is as compelling as Larry himself—no wonder he kept it as his daily ride. It’s tough and wiry with tremendous charisma. Grease Monkey is more than a motorcycle; it’s a talisman and a keystone to the Indian Larry story, and as close as you’ll get to the man himself.