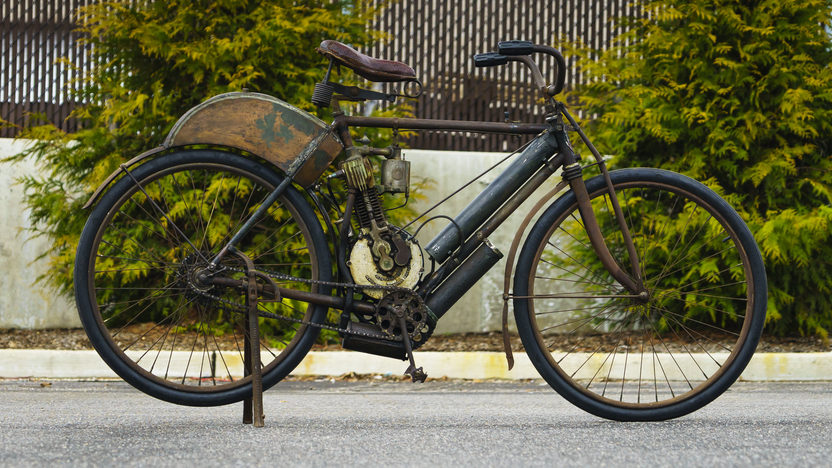 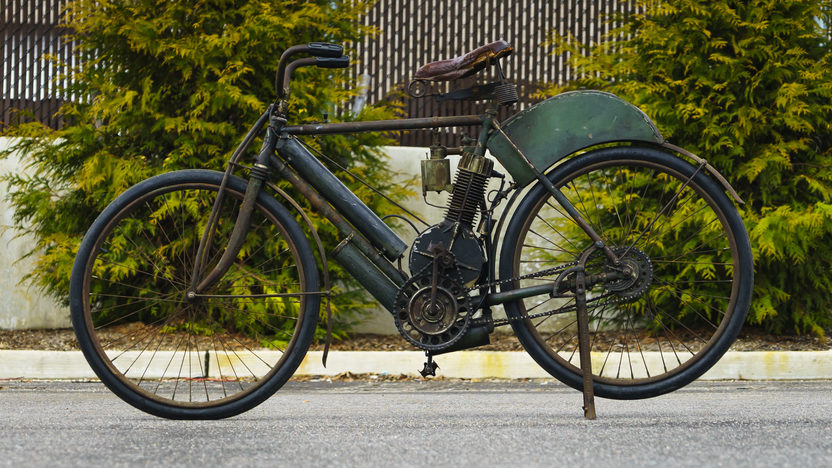 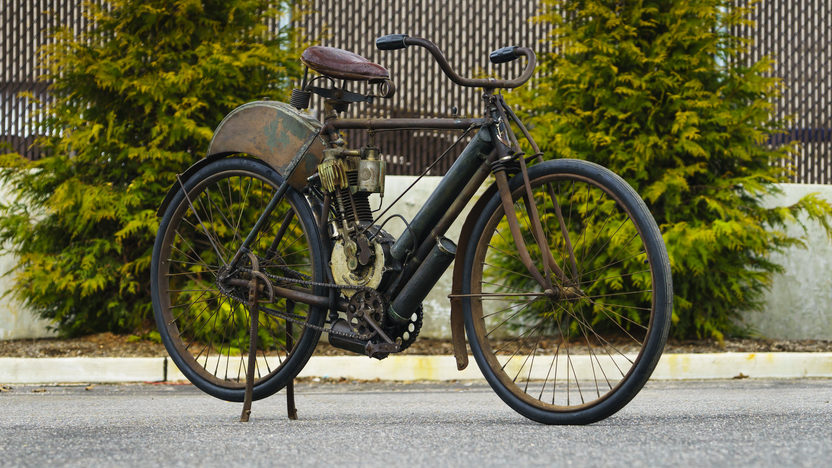 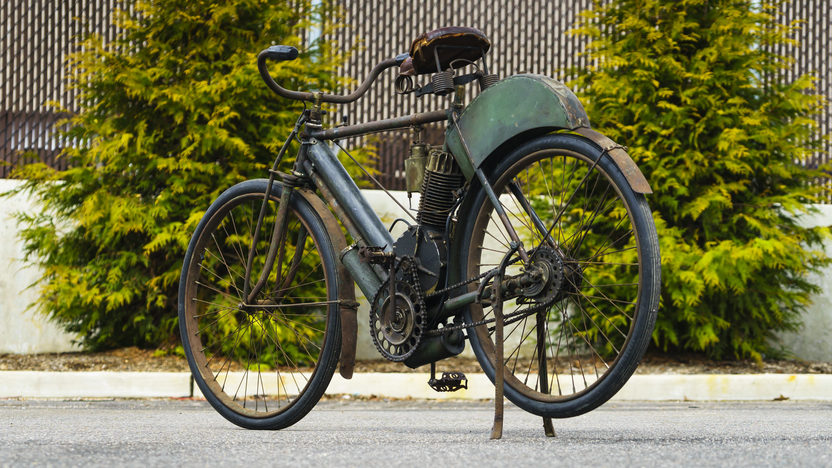 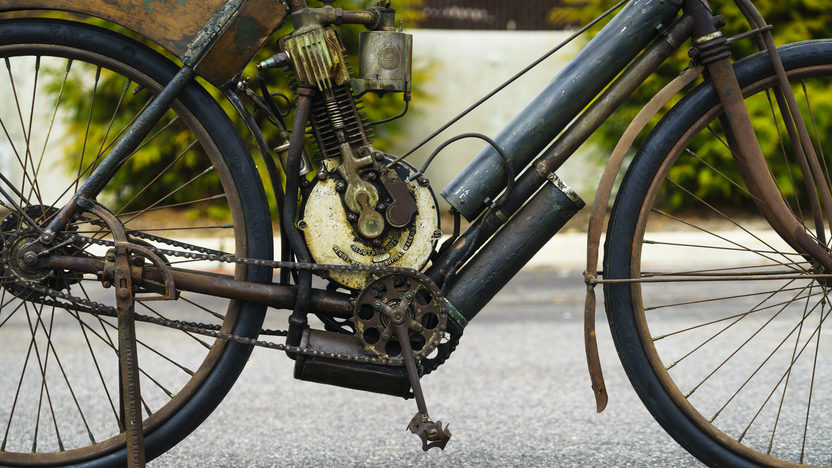 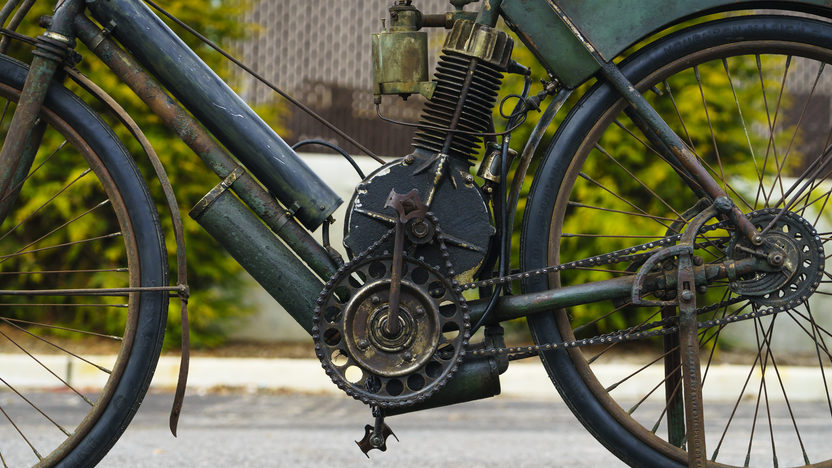 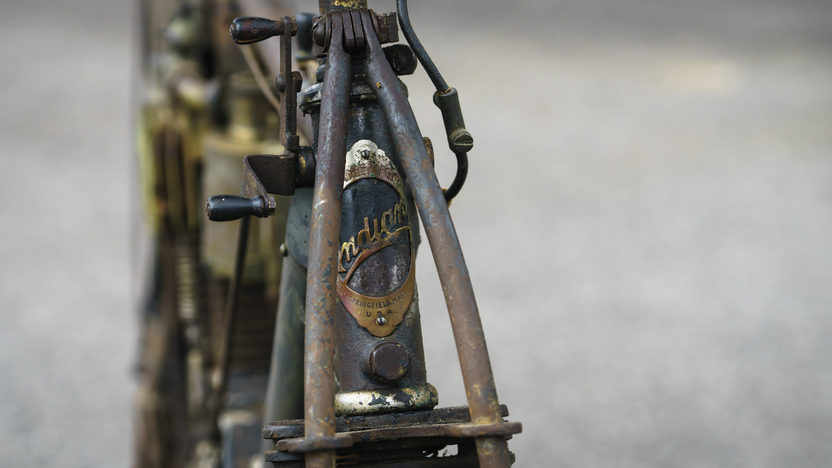 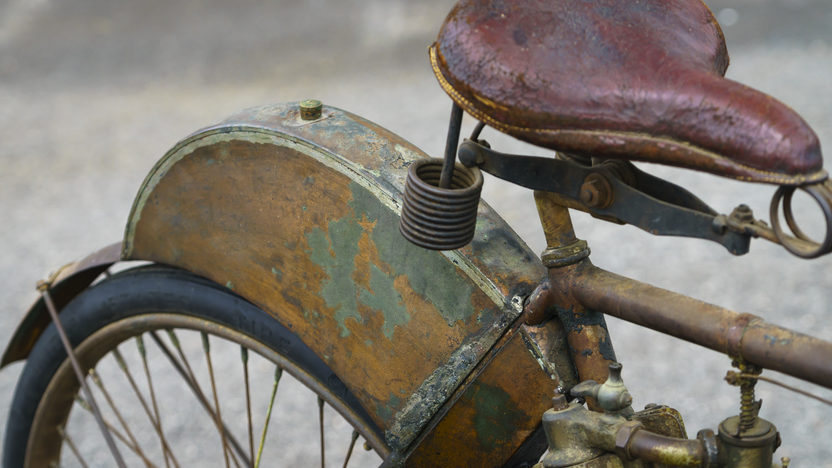 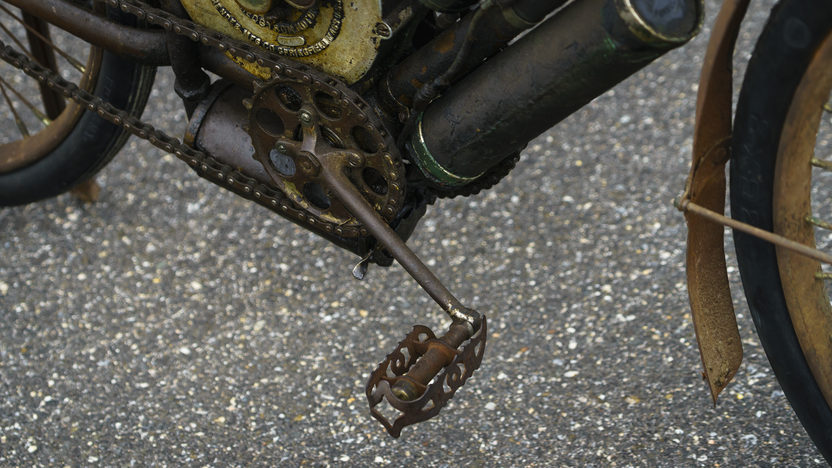 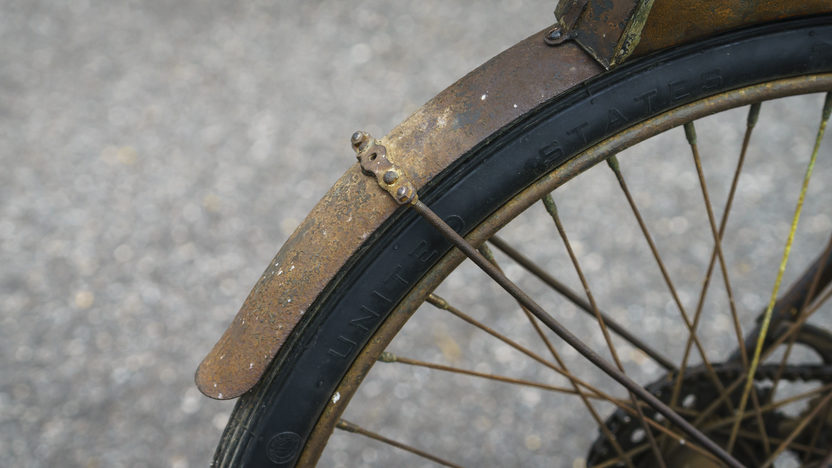 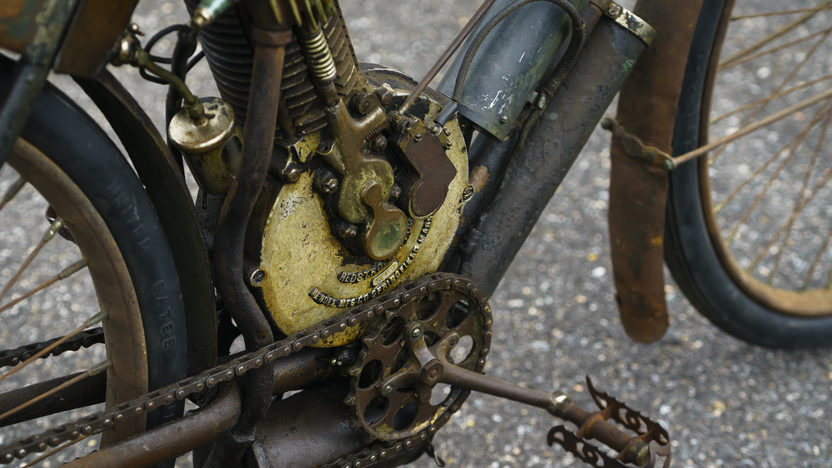 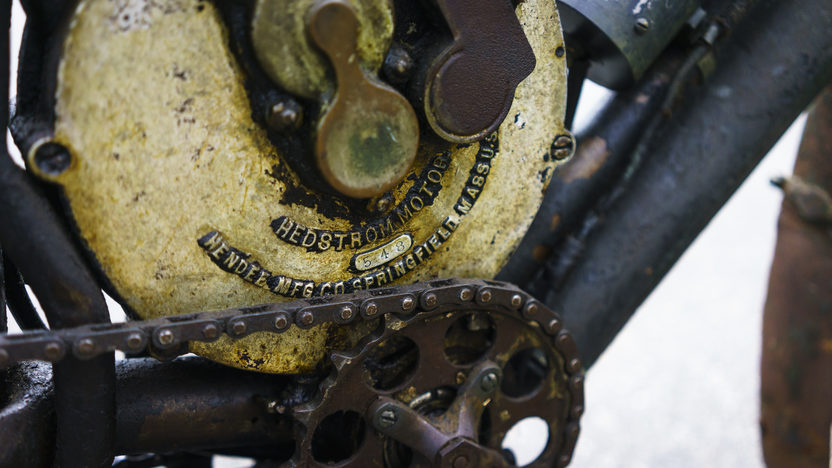 George Hendee’s bicycle factory—the Hendee Manufacturing Company—was established in 1889, and a fortuitous meeting with engine designer Oscar Hedstrom in 1900 was the start of a new direction for the factory. In 1901, a few prototype Indian “motocycles” were built, with true production commencing in 1902, with 143 machines built. The first full run of production began in 1903, and 376 machines were built that year, with engine numbers commencing at 244. This 1903 Camelback bears Serial No. 548, making it the 304th machine built in 1903. This remarkable 1903 Indian Camelback is perhaps the oldest original-paint example extant, and the history of the machine is known back to the 1920s.

This Camelback spent many years in possession of a dentist, who exchanged it for $50 worth of construction work; it had sat unused since 1920. The dentist initially displayed the machine on the wall of his office, though it was later suspended in storage in his basement. It was next acquired by Charles Alder in 1961 for $20, who added the Indian to his collection of railroad and World War II memorabilia, keeping company with a few other antique motorcycles. Alder’s son Charles (Charlie) Jr. inherited the collection from his father, but died only a year later in a motorcycle accident. Charlie Adler’s widow, Joan Adler, entrusted the sale of the family collection to a local auction house. As the auction company had no in-house motorcycle specialist, its representative, Josh Wolfe, contacted West Virginia Indian experts the Rinker family—Steve and his father Buck, who own Buck’s Indians in Romney, West Virginia.

“(Josh) told us he had a 1903 Indian moped. I told him there might have been a company that made mopeds with the Indian name in 1973, so maybe that was it. But he kept saying that it looked really old,” Steve Rinker notes. The Rinkers arranged a visit to establish the veracity of the “Indian moped” claim, and were queried by the auction house if the machine could actually be a 1903 Indian. “And I told him, absolutely no way. There were so few of them, they just don’t exist anymore. Then we pulled off the blankets, and found three Harley JDs and a 1919 Indian Powerplus, all in nicely restored condition. When we came to the last one, and Josh pulled off the blanket, I thought my heart would stop. All I could say was, ‘Just give me a minute Josh—you don’t understand. This is what we dream about when we lie in bed at night.’ We had just found a once in a lifetime Indian.” The Rinkers temporarily housed the 1903 Camelback in their family museum, then displayed it at the Florida Sunshine Chapter AMCA meet, where the current owner first saw it and grew determined to purchase it at the Aldler estate auction.

This 1903 Indian Camelback, Serial No. 548, remains the oldest known unrestored Indian, a remarkably complete and original machine, with only a few replacement fasteners deviating from catalog standard. This is a once-in-a-lifetime opportunity for a serious enthusiast of motorcycle history to own one of the oldest motorcycles produced by the most romantic of American brands.